Skip to main navigation Skip to content Skip to footer
An Important Safety Message
Bleach and other disinfectants are not suitable for consumption or injection under any circumstances. People should always read the label for proper usage instructions. Disinfecting surfaces with bleach and other disinfecting products is one of the ways to help stop the spread of COVID-19, according to the Centers for Disease Control. Our products are safe when used as directed. It’s critical that everyone understands the facts in order to keep themselves safe and healthy.

Helping to Stop the Spread of Disease

In Ebola Crisis, Medicine and Gear Save Lives

When AmeriCares’ emergency response team began working to combat Ebola in May 2014, the situation in West Africa was grim: Shortages of medicine, protective gear and training put the lives of patients and health workers at risk.

Health workers struggled to control the largest Ebola outbreak in history, which killed more than 11,000 and infected 28,000. Among the victims were 507 health workers — the very doctors and nurses needed to care for the ill.

More than a year since AmeriCares first responded to the outbreak, Ebola is no longer escalating out of control. On September 3, 2015, Liberia was declared free of the virus; as of September 29, 2015, Sierra Leone had begun a 42-day countdown to an Ebola-free declaration; and cases continue to arise in Guinea, though at a much lower rate than in previous months.

To protect health workers and prevent the spread of infection, AmeriCares provided more than 100 partners in Liberia, Guinea and Sierre Leone with medicine and protective gear, sending shipments of medicine and supplies such as gloves, masks and gowns. AmeriCares also recruited medical staff to work at an Ebola treatment unit built by the U.S. Department of Defense and managed by the International Organization for Migration in Buchanan, Liberia. For three Ebola centers in Liberia, AmeriCares provided more than 600 health workers with the medicines and supplies they needed to treat and care for infected patients for six months.

With Care, a Baby Survives Ebola
When a tiny 18-month-old baby girl arrived at the Ebola treatment unit in Sinje, Liberia, last February, she remained unconscious for four days. As the staff cared for the baby, they worried: It is rare for children this young to survive Ebola.

Limited by the time they could be in full protective gear and with the baby, doctors also watched the tiny patient on security cameras. “We were never sure if she was breathing or not, so we would zoom in on her stomach to see if it was rising and falling,” says the treatment center’s medical coordinator Dr. David Wasambla. AmeriCares provided medicine and supplies to the Sinje Ebola treatment unit, including the critical fluids that the little girl received intravenously; the treatment unit was managed by the International Organization for Migration.

The baby’s mother was at a different Ebola care center and staff were concerned that the child was missing the faces and physical touch of people. Then an Ebola survivor — with immunity to the virus — stepped in. “The survivor held the baby on her chest, skin to skin,” says Dr. Wasambla. Finally, the baby’s mother, Isatu, was brought by ambulance to join her daughter. Both began to recover. When the mother and daughter tested negative for Ebola, the staff cheered. “Having an 18-month-old survivor is really rare,” says Dr. Wasambla. “It is an amazing thing. We feel we’ve done something good.”

Clorox Donations Critical to Battle Ebola
Among AmeriCares emergency relief for victims of the Ebola outbreak was a generous donation of concentrated bleach from Clorox. Clorox’s donated supplies were used by AmeriCares partners in Liberia, Sierra Leone and Guinea. The bleach was critical in protecting health workers from infection as they treated Ebola patients. The products were also used to resupply hospitals and health facilities whose stocks were overwhelmed once the virus spread.

We thank Clorox for its commitment to this critical humanitarian relief effort and the strong partnership we have built over the past year. Clorox’s support is comprised of nine shipments of donated bleach valued at $130,000 to AmeriCares emergency response efforts. Clorox continues to help AmeriCares fulfill its commitment to saving lives and building healthier futures for people in crisis. 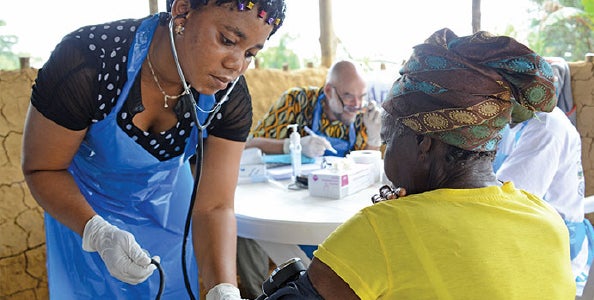 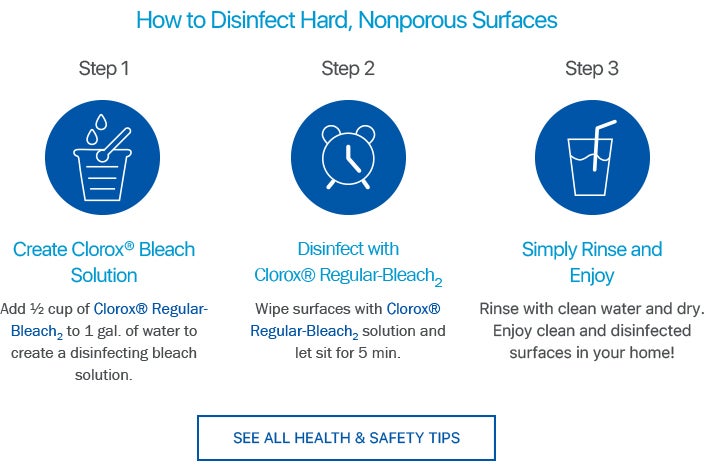 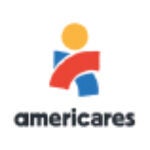 Dr. Laundry will get back to you right away.

Perhaps exploring our other How To categories might help

Get cleaning tips, offers, and product information delivered straight to your inbox. By siging up I am agreeing to the Terms & Conditions and have reviewed the Privacy Policy.

This is the beginning of something great.

Member of the CLX family of brands

The page you are navigating to is not available in Spanish.

Bleach and other disinfectants are not suitable for consumption or injection under any circumstances. People should always read the label for proper usage instructions. Disinfecting surfaces with bleach and other disinfecting products is one of the ways to help stop the spread of COVID-19, according to the Centers for Disease Control. Our products are safe when used as directed. It’s critical that everyone understands the facts in order to keep themselves safe and healthy.